We're the place for innovative, delicious and fun treats in your neighborhood!

About US Our History Fun Facts

Follow the history of Baskin-Robbins with our timeline below. You’ll explore our corporate history, as well as discover a sampling of the creative and innovative ice cream flavors we’ve created since 1945

Nearly three-quarters of a century ago, two brothers-in-law shared a dream to create an innovative ice cream store that would be a neighborhood gathering place for families. Burton "Burt" Baskin and Irvine "Irv" Robbins had a mutual love of old-fashioned ice cream and the desire to provide customers a variety of flavors made with ingredients of the highest quality in a fun, inviting atmosphere.

As a teen, Irv worked in his father's ice cream store. During World War II, Burt was a Lieutenant in the U.S. Navy and produced ice cream for his fellow troops. When the war was over, the two entrepreneurs were eager to capitalize on America's love of ice cream.

They started out in separate ventures at the advice of Irv’s father. In 1945, Irv opened Snowbird Ice Cream in Glendale, California. His store featured 21 flavors and emphasized high-quality ice cream sold in a fun, personalized atmosphere. A year later, Burt opened Burton's Ice Cream Shop in Pasadena, CA. By 1948, they had six stores between them. This concept eventually grew into Baskin-Robbins.

As the number of stores grew, Burt and Irv recognized that to maintain the high standards they set in the beginning, each store would require a manager who had an ownership interest in its overall operation. Even though they didn't realize it at the time, the two founders had pioneered the concept of franchising in the ice cream industry.

In 1949, there were more than 40 stores in Southern California when Burt and Irv purchased their first dairy in Burbank. This business decision allowed them to have complete control over the production of their ice cream, and the development of new ingredients and flavors.

It wasn’t until 1953 that the ice cream chain dropped the separate identities of Snowbird and Burton's and became Baskin-Robbins. A local advertising agency, Carson/Roberts, advised a uniform identity and image under the name Baskin-Robbins 31 Ice Cream. Their recommendations included the "31®" logo to represent a flavor for every day of the month, Cherry (pink) and Chocolate (brown) polka dots to be reminiscent of clowns, carnivals and fun and lastly, the use of cartoons to bring their flavors alive with personality to graphically highlight the name and delicious ingredients. With this over-arching branding, Baskin-Robbins' iconic pink spoons were created with the belief that people should be able to try any of their many flavors without cost.

In 1954, Baskin-Robbins put their product on the line against their competitors at the Los Angeles County Fair. That year they won their first Gold Medal and set the pattern for county and state fair participation, earning Gold Medals for Baskin-Robbins Ice Cream every year since that first contest.

"Not everyone likes all our flavors, but each flavor is someone's favorite."
— Irv Robbins

Baskin-Robbins continued to expand, and by the mid-1960s, the company had become an ice cream empire with more than 400 stores throughout the United States. In the 1970s the chain went international, opening stores in Japan, Saudi Arabia, Korea and Australia.

The franchise model created by Burt and Irv decades ago is still used by Baskin-Robbins today. We are 100% franchised, with each owner holding a stake in the business' success, while product development and merchandising are handled at Baskin-Robbins headquarters. This hands-on, small business approach allows franchisees the ability to create a strong presence in local communities all over the world. Through this franchise business model, we continue to provide innovative, high-quality ice cream treats to more than 150 million customers worldwide. And as a result, Baskin-Robbins has grown to become the world's largest chain of ice cream specialty stores, with more than 2,800 locations throughout the United States and 5,800 around the globe.

Since 1945, we've introduced more than 1,000 unique, fun and delicious ice cream flavors. Our original top-selling flavors like Mint Chocolate Chip and Pralines 'n Cream continue to delight millions worldwide. Still, we continue to consistently introduce new, exciting flavor combinations, as well as ice cream industry-leading innovations such as hand-packed ice cream quarts, a unique flavor ribbon technique, the use of traditional dessert ingredients and the introduction of mousse-textured ice creams. From our introduction of signature ice cream cakes and the growing line of beverages, including our signature Cappuccino Blast®, our commitment to creating new and exciting products is unsurpassed in the industry. It’s all part of our mission to make the Baskin-Robbins neighborhood a tasty, fun place for our customers.

"In the moments of greatest pride, Baskin-Robbins is composed of those who contribute in a special way to our fellow humans—helping to nourish that quality of childlike enjoyment, which is perhaps the most precious and hopeful part of our humanity."

— Warren H. Schmidt, Associate Dean of the Graduate School of Business at the University of California, Los Angeles.

There are many forms of enjoyment in life: there’s spontaneous pleasure, anticipated pleasure, there is long-term happiness and there are spur-of-the-moment joys. For people everywhere, ice cream has probably generated each of those types of pleasure.

Baskin-Robbins has long been dedicated to making the experiences of eating ice cream an enjoyable one. “America’s Favorite Neighborhood Ice Cream Shop" is a philosophy at Baskin-Robbins shared by everyone. Each employee, store owner and corporate team member is proud of our heritage, and they are dedicated to upholding the flavor, the fun, and the local, neighborhood feel that make the experience unique to Baskin-Robbins. There is nothing quite as thrilling as the face of a child enjoying his favorite ice cream flavor, or the delight of a mother surprised with an ice cream cake on Mother’s Day in a store you call “my Baskin-Robbins”.

From the ages of one to ninety-nine, people visit Baskin-Robbins anticipating the pleasure of enjoying their favorite ice creams served any way they want. Because of our dedication to being “America’s Favorite Neighborhood Ice Cream Shop”, Baskin-Robbins stores are visited by over 300 million happy customers year after year. A number that continues to grow as Baskin-Robbins spreads throughout the world. 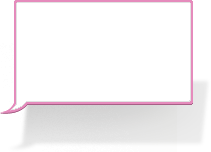